We try to become better every day or at least so we like to think about us. But what is the purpose? What are we trying to achieve if we only want to become stronger, smarter, richer? Do these things make us “happier”?

Let’s do an imaginative exercise! Where do you want to be in five years? In ten years? In 25 years? But in 50 years? I am not a prophet, but I suspect that most of us see themselves in a villa at seaside (or at a mountain), surrounded by loved ones in an atmosphere of joy and prosperity! And… that’s it! Few are those who see themselves helping others, or who want their work to change the destiny of the few less happy than them or who want to be remembered for something important that they have done for others.

Perhaps it is the fault of our education system where we are encouraged not to work with our colleagues; otherwise, our grades will no longer be relevant. Perhaps, we have been through hard times and no one helped us and we had to find by ourselves the “way to the light” or, simply, we were single children, we benefited from the undivided attention of our parents and we never knew that, besides us, there are others.

Whatever the reasons, one thing is certain: many of us conceive their lives in an atmosphere of isolation. They and, sometimes, a few close ones versus the rest of the world.

There have been all sorts of situations where history has shown us that such an approach is not the right one, because it can bring much suffering and destruction. The most prominent example is that of the Nazis proclaiming that the Aryan race is superior to the others and that it needs vital space to develop. That is why, from their point of view, war was needed to provide the race with the necessary resources for development. We all know what followed!

But, besides this pattern of evolution, there were others that stimulated communion, a connection with others, even beyond time. One such example is that of the ancient Egyptians who considered the human soul to have four components. One of them was the “ran” (the name) that could survive as long as the one passed in the Osiris’ kingdom was mentioned by the next generations.

This was done by descendants who had the duty to keep alive the memory of the ancestors and by great deeds that made others talk about you. That is why one of the greatest punishments one could receive was his name to be removed by hammer from the stone plates where it was carved.

Also, in Christianity, one speaks of remembering one’s name with a similar meaning. To be mentioned by God (Psalm 6, verse 5, Psalm 24, verse 8) is equivalent to living eternally, because God is not a god of the dead but of the living (Gospel according to Matthew, chapter 22, verse 32; Gospel according to Luke, chapter 20, verse 38).

It seems that, thousands of years ago, people had another perception of the world, of the role people can have in the universe, and of the way they should behave. Now, that we know these things, let’s ask ourselves: “What would be the reasons we would like those who know us to remember us?” or “When someone talks about us, which is the first thing we want to come into her/his mind?”

Whatever the answer may be, I think the one that brings you more joy is the one who enables you to help as many people as you can. And, in order for this vision to be materialized, you have to act differently than you have done so far. You do not want to earn just as much as you need to have a good plentiful life for you and your close ones! Propose yourself to make the difference, to leave something behind!

I’m sure that if you belong to a corporate team, you’ve heard this phrase thousands of times. But no one has told you so far how to do this, how to make the difference. Probably, because nobody knows. However, because it’s about our lives and what we want to do with them, we should be able to find a solution. That is why the recommendation is to ask yourself first “why?”. Why do I want to make others remember me? Why would they remember me?

Take your time! You will find answers to these questions sooner or later! Then, ask yourself “how?” How do I want to help? How should I act? And, once you have the answer to this type of question, it will come to your mind and “what” to do. 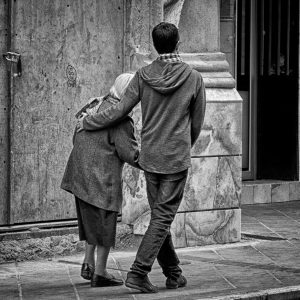 But, we are human, and our capacities are limited. How can we make the things we’ve done to impact on as many people as possible? Simple! Just share it with others! If scientists or inventors, after making the long-awaited discoveries, would have kept the information just for them, would the world’s life had been better? Of course not!

So, whenever you succeed, come back and pull someone else after you. Christ, after the resurrection, has not abandoned us! He did not disappear from history. On the contrary, He returned to us and continued to inspire others by His example and to show them the way to a new life. He did not keep anything for Him, but He gave and continues to give from the plenty of His life to others!

But there remains a question: if it is so easy, and at least some people have known these things for thousands of years, why are they not applied on a large scale? Why did we prefer to kill each other in the course of history and, as a “bonus”, to affect the planet?

No one said it was easy! However, perhaps the worst thing in this process of our transformation  is that we have given up before we started. We preferred to live a rich life rather than be happy. Simply, we confused the satisfaction of everyday needs with happiness.

When you hesitate to do something important, you do not start not because you miss something, but because you do not realize that the fruit of anything that is good in life begins with a challenge.

Beyond the things you do not like, there is happiness. Christ speaks to us about the narrow path that most of us ignore and, instead, we choose the large path that everyone is following (Gospel according to Matthew, chapter 7, verses 13-14). It is certainly easier, it seems even safer, but is that what we need? Are we all the same? Do we all have the same destiny in life?

Of course not! Because God did not make us robots. He did not do us in accordance with one singular mold. Otherwise, there would be no point in Him giving us the freedom to choose for ourselves, to have our own will to decide our destiny. We are, to a large extent, the product of the genes received from our forefathers, our education and life experience, and the environment in which we live.

But what we will become is quite another story. It is determined, to a great extent, by our thoughts. Thoughts that mean the rational translation of a desire. Or many more! That’s what we are. Sensibility, reason, and free will to put them into practice.

So, let’s start with something small. With what we used to call during the school years a “good deed”. I found an anecdote in a work of a contemporary writer – “The Circulation of Good in Nature” – which I think is a good illustration of the impact we can have on our lives and on others, starting from the little joys of life. I wish it to inspire you!

It is said that a woman’s cactus bloomed after she had taken care of it for a few years. She went to work, and on the subway, thinking of her bloomed cactus, trampled on another traveler. She scolded her, but she did not react as usual. She simply told him she was wrong, and if he wanted, he could even trample on her feet and get even.

The man calmed himself, and, with high spirit, did not argue with the newspapers vendor who had given him the wrong change – “Leave it be, I also make mistakes when counting the money.”

After he left, the vendor did not return to the distributors the unsold press, but gave two magazines and a newspaper to an old man who liked to read, but who had not the money to buy better publications. In turn, when he saw on the block’s hallway his neighbor who lived above his apartment, he did not argue as usual: “Please, educate your child! She jumps like a horse all over the house and makes a lot of noise!​​” Instead, he told her “Hey! Your daughter has grown up! She will be very beautiful! Believe me; I have an eye for this.”

Astonished, after taking her child to kindergarten, the woman went to work at a clinic where she was a nurse. Here, she did not fight with the patient who had forgotten to come to the appointment the day before and told her “Do not worry! With the things going on in our lives, it’s normal to forget! I’m going to talk to the doctor to find out if he can see you.”

When she saw such an attitude, the patient did not use the replies she had prepared about complaints, about reporting to the journalists and even menacing with lawsuits at the Strasbourg Court of Justice. She even was realistic and told the doctor, “Doctor, I have exaggerated! I think I must understand that old age cannot be cured! Please forgive me”!

Thinking of the old woman and her wisdom, on his way home, the doctor bought his wife cakes and a bouquet of flowers. When he got home, he said, “This is how life lives passes by us. What’s the point in arguing like we’re kids? Look, I brought you flowers and cakes, but I think I crushed them with my portfolio! The cakes have the same taste, but I do not know if the flowers can be revived.” “We will put them in the water and wake them up!”, his wife said. After that, she kissed him and said, “Look, I forgot to tell you. My cactus has bloomed![1]” 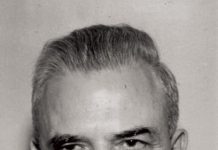 Psychotherapy or the Sacrament of Confession?

On “Universe” or “Infinite Intelligence”